Join us for a unique opportunity to learn about the career path and process for multi-disciplinary filmmaker Lisa Jackson. HIFF is screening a shorts retrospective of her work on Friday June 14 at 7pm at Neptune Scotiabank Stage Theatre.

Lisa Jackson is a cross-genre filmmaker whose works have screened at Hotdocs, Tribeca, SXSW, Berlinale and London BFI, and aired on many networks in Canada. Her work has garnered many awards including a Genie and Canadian Screen Award and Playback Magazine named her one of Ten to Watch. She is Anishinaabe, lives in Toronto, and her recent projects include the internationally acclaimed VR Biidaaban: First Light and the short IMAX 3D film Lichen. Along with a large-scale immersive installation Transmissions, on the power of Indigenous languages, she is also working on more traditional film and TV projects. See more at lisajackson.ca 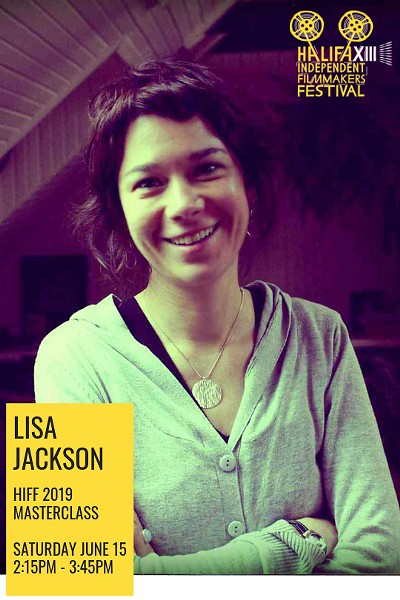